A big thank you to everyone who has rated and reviewed our parks on Trip Advisor. These awards are based on consistently good reviews.

Congratulations to more than 20 Tranquil Parks on receiving the award this year:

Tranquil Parks have swept the board in the Top 100 Sites Guide 2021. Published in March by Practical Caravan and Practical Motorhome, these awards are based on a public vote, so we’d like to thank everyone who voted for one of our adult only touring parks.

This year, not only do we have 29 Tranquil Parks in the Practical Caravan and Practical Motorhome Top 100, but the overall winner is Eye Kettleby Lakes Touring Park. Many congratulations to their team. What’s more, Eye Kettleby Lakes and Back of Beyond Touring Camping & Glamping Park have won 6 of the 11 categories between them: 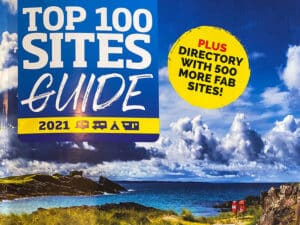 The Guide is published by Practical Caravan magazine 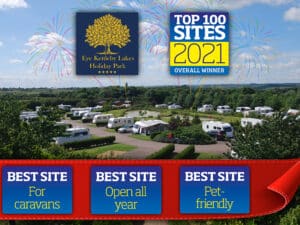 Eye Kettleby Lakes is Overall Winner and top in 3 categories 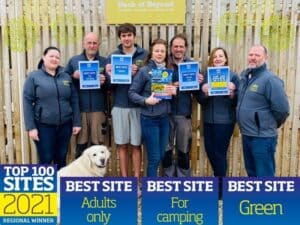 It may have been a shortened season last year, but we have more finalists than ever before. While some Tranquil Parks consistently feature in the Top 100 each year, some are making their first appearance, such as Chainbridge Touring Park in Northumberland and Grooby’s Pit.

Congratulations to all the winning teams! Here’s a rundown of all the finalists:

Top 10 sites for Camping and Tents

Top 10 site for statics and glamping

CONGRATULATIONS TO ALL THE PARKS AND THANK YOU FOR YOUR VOTES!

Neither the AA nor campsites.co.uk have announced awards for 2020.