Congratulations to our parks

It’s great to see our hard work rewarded! Many parks in our group have once again been recognised with major awards – here’s a quick guide… 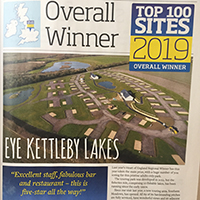 Thank you if you voted for our parks. These awards, organised by Practical Caravan and Practical Motorhome magazines, have put several Tranquil Parks in the top spots.

This angling paradise in Leicestershire is also the regional winner for the Heart of England, as well as ‘Best Open All Year Site’, ‘Best Site for Caravans’ and ‘Best Site for Motorhomes’ 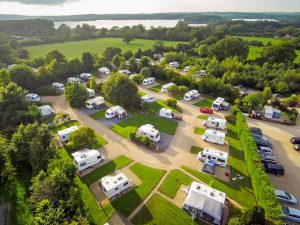 Amazingly, the park has now won this award for the 10th year! It’s also the regional winner for Somerset, Avon and Wiltshire. Keith Betton, the park’s owner says “The magazine’s annual survey asks caravan and motorhome enthusiasts to give their verdict on the quality and hospitality of Britain’s 3,000 plus touring parks. Bath Chew Valley Caravan Park has been child-free for over 20 years and has consistently strived to maintain its tranquil, countryside environment as one of the park’s most appealing features.”

This Somerset park is teeming with wildlife. The management team puts ecology at the forefront and works to minimise its impact on resources, while enhancing the environment. Green credentials include reed beds for waste water and recycling points for all kinds of waste.

Other Tranquil Parks featured in the Top 100 by region: 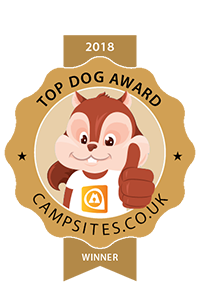 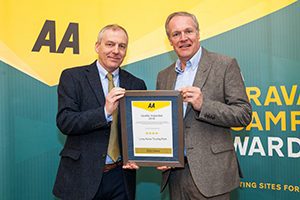 Many Tranquil Parks have been awarded four or more pennants again this year. If you want to get an idea of what goes into these ratings, you can see details on the AA site.  Gold pennants are awarded to the parks with a Quality Score of 90% and above. Even harder to achieve platinum pennants are awarded for over 95%.
Bath Chew Valley Caravan Park and Old Oaks Touring Camping and Glamping Park (also in Somerset) have both achieved 5 platinum pennants this year – read more. Parks with gold pennants include Back of Beyond Touring Park, Dorset, and Long Acres Touring Park, Lincolnshire.

Over 20 Tranquil Parks were awarded TripAdvisor Certificates of Excellence in 2018. To earn one of these certificates, parks have to maintain an overall rating of at least four out of five, receive a minimum number of reviews and be listed on TripAdvisor for the full 12-month period from 1 April to 31 March. 2019 recipients will be announced in late May, so we’ll keep you posted. Read more about how Certificates of Excellence are awarded.

CaraMaps announced the ‘Best Places 2018’ in February, naming Grooby’s Pit for being an excellent stop for motorhomes.

Touring Camping and Caravanning Park of the Year 2018 was won by Waterrow Touring Park for the third year running. 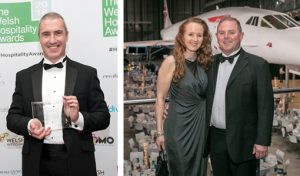 Details of David Bellamy Awards for nature conservation are listed in our recent blog on preserving the wildlife in our parks. Read the blog Nature Conservation in our Parks.

A new format for these awards was announced at a recent ceremony in March 2019 to celebrate the awards’ 30th anniversary. This follows a year-long review of the awards. The new competition will soon open.